Turkmenistan is Moving Forward with the Speed of an Akhalteke Turkmenistan holds annual celebration, the Turkmen Horse Day – annually on the last Sunday in April. The Akhalteke horse is so intertwined in the Turkmen heritage that it represents them together with their history for the past 6,000 years. It is source of great national pride.

Akhalteke Horses are now bred throughout the world and the specialists of State Association “Turkmenatlary” (Turkmen horses) invites Akhalteke lovers and horse experts from around the world. Last year- in 2015, people from over 50 countries had attended the festival and this year, it is to be celebrated in 20-25 April, 2016 as it is expected.

Turkmen Horse Day festivities include a week long schedule of events, including an endurance race, show jumping, horse racing, as well as art and music and dance activities. There is also an international trade exhibitions held con-currently along with a horse breeding conference, called the “Horse Breeding Art and Scientific Conference”. 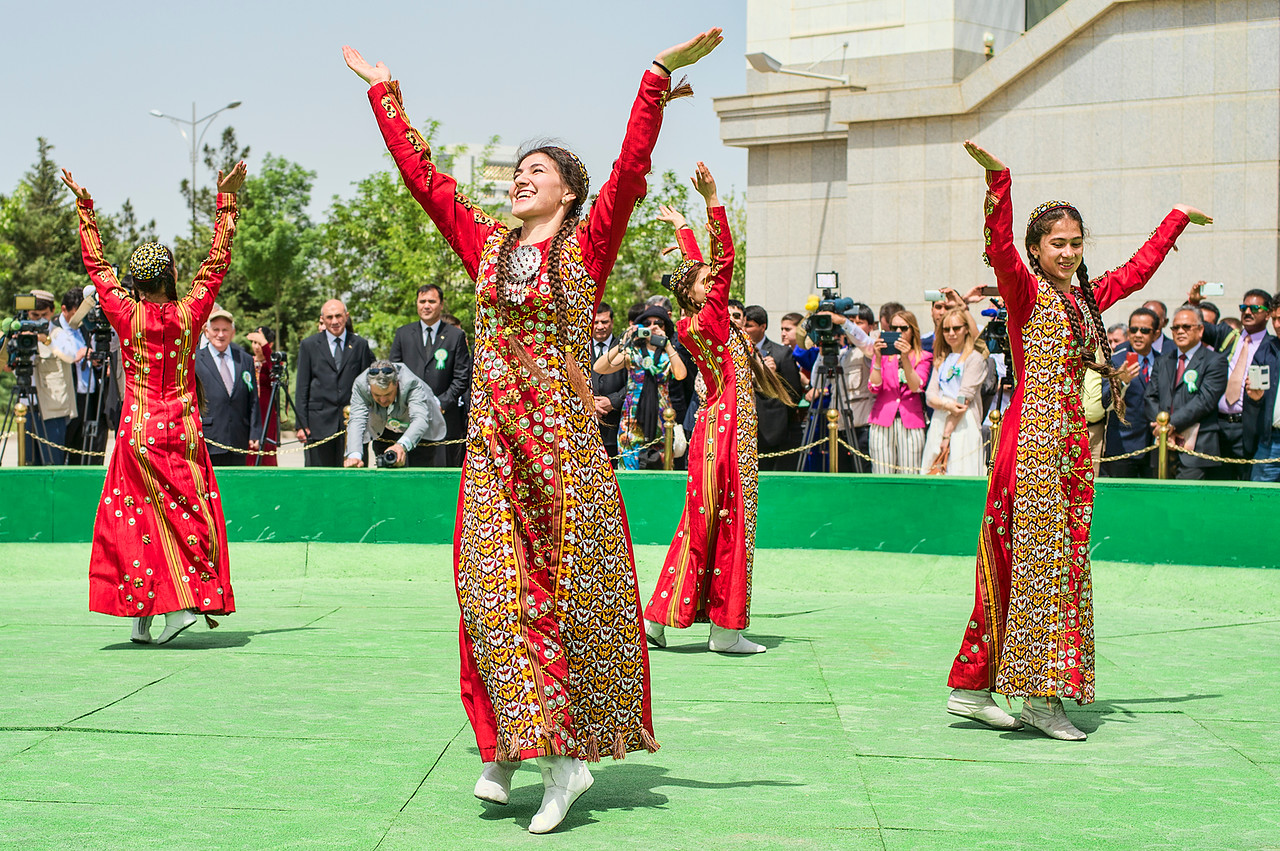 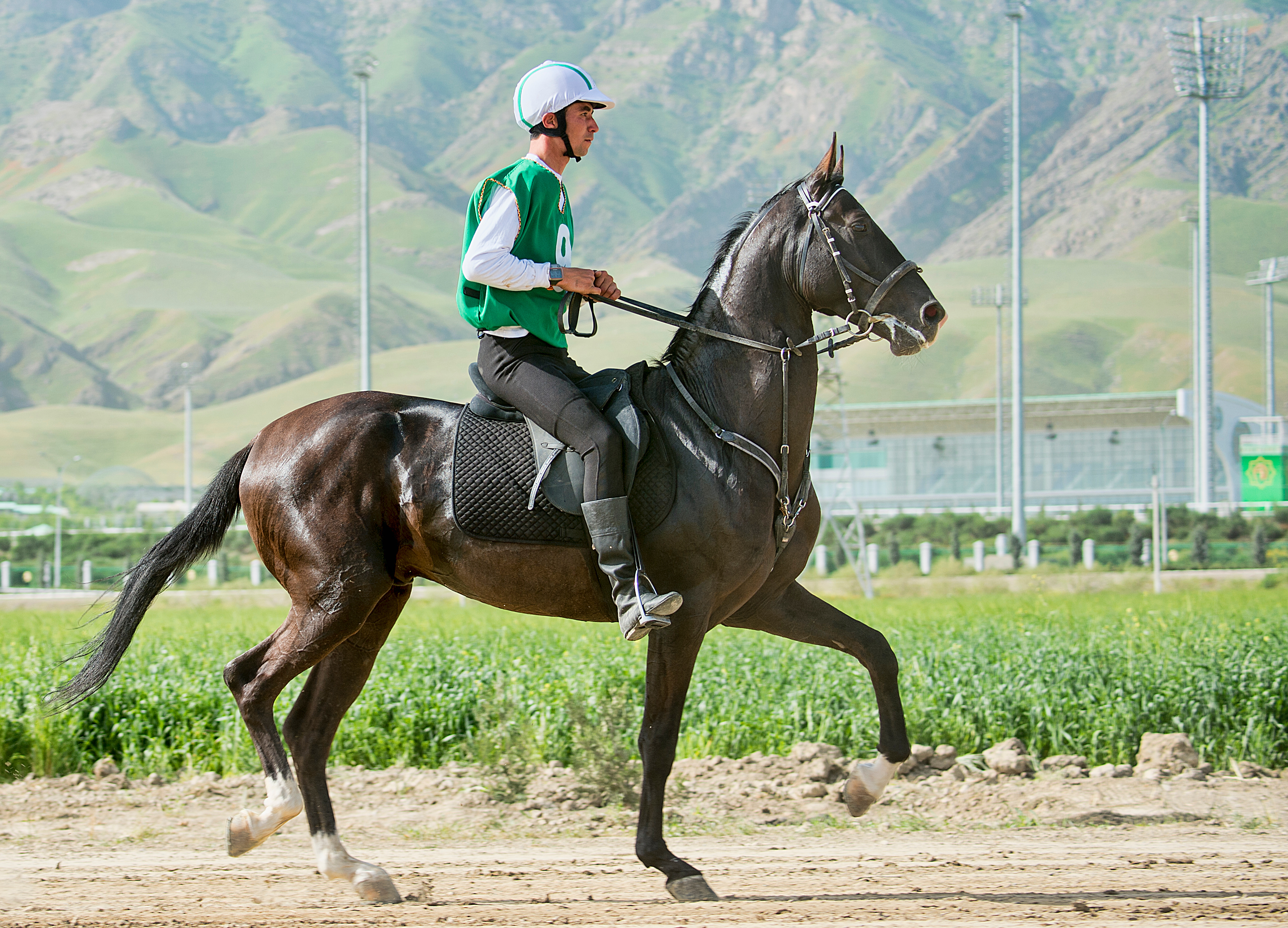 Just understanding a bit of history in the region helps to understand why the Turkmen are so lose to their horses. The National Museum has relics from 50,000 years ago. You can walk  through the halls and explore a history for this region which spans the entire 50,000 years.

Although it is commonly written that tribes of horse-breeding Scythians drifted into the territory of Turkmenistan at about 2000 BC (Wikipedia, History of Turkmenistan), archeological evidence shows them having developed agriculture and domesticated livestock, including horses ago in settlements near Ashgabat. They have had a great advantage with their horsemanship and developed a serious horse-breeding program such that their horses were  greatly desired by anyone who saw them. 2,000 years ago Chinese records show their emperors desired. to secure the Turkmen horses and bring them to China. Recently China has established a strong relationship with Turkmenistan and part of that deal includes a friendship through the Akhalteke horse. Currently there is a huge influx of Akhaltekes into China. The Russians had conquered the entire region by 1882 but had a hard time conquering the tribal Turkmen people prior to that date who they felt couldn’t be beaten on their horses. Only after an extensive offensive campaign at Gokdepe and elsewhere, did the Turkmen tribes finally fall in 1881. They immediately seized their horses and disabled further retaliation. Their  separation from horses has fortunately only been short-lived when compared to the historical time with them. Now as a free, neutral and independent country they are reestablishing their  heritage, along with their connection to the horses. 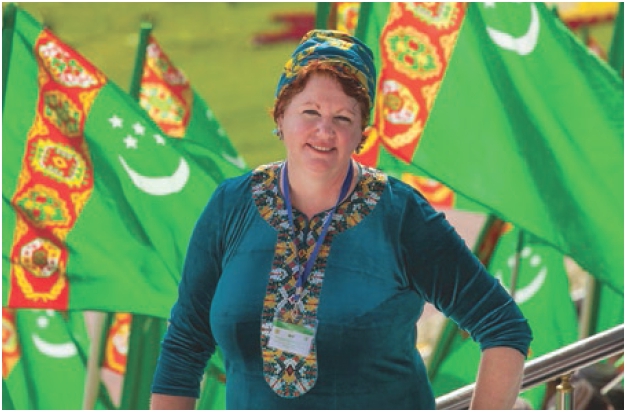